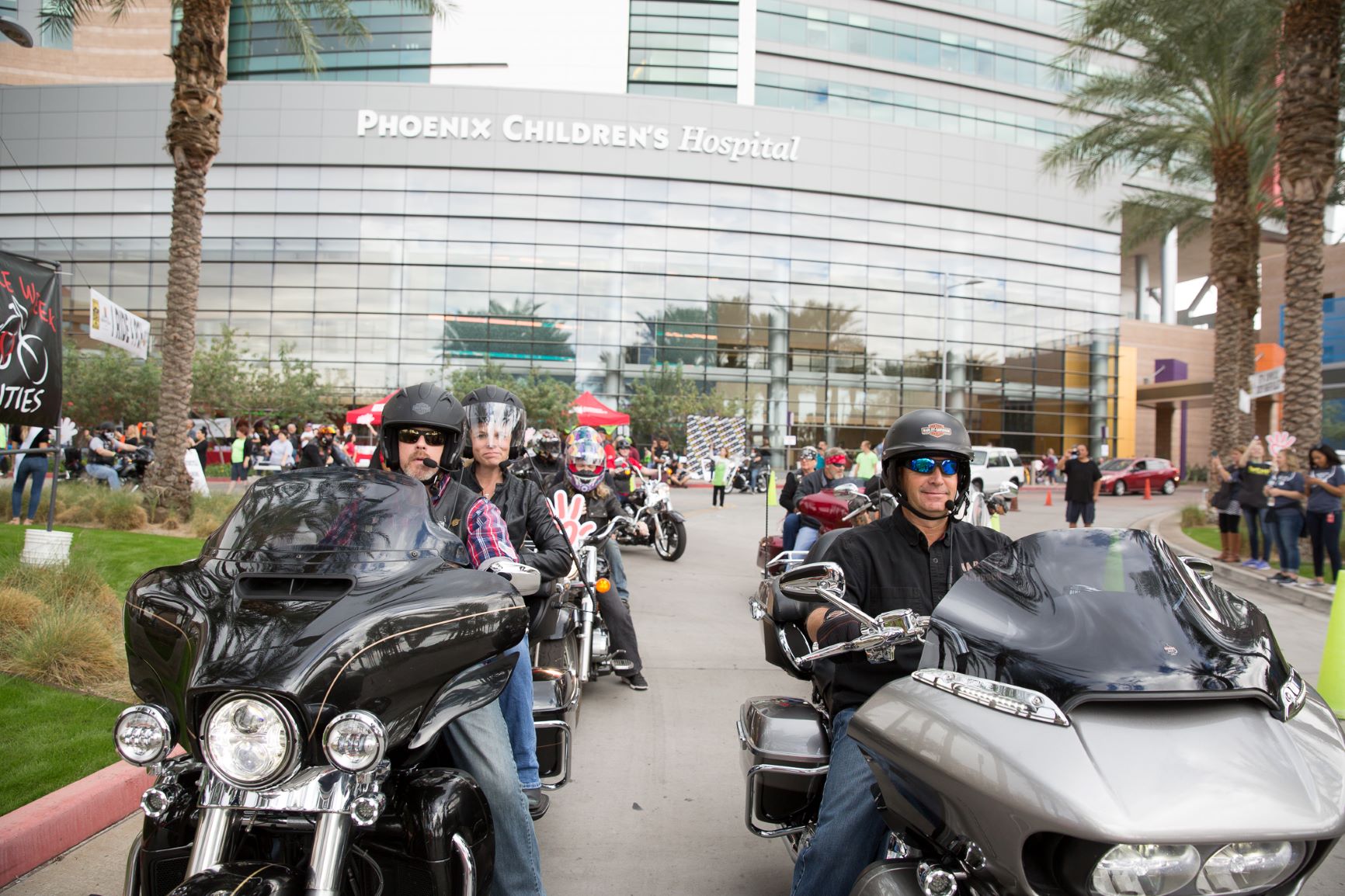 Hosted by well-known businessman Bob Parsons, Harley-Davidson of Scottsdale and GO AZ Motorcycles, Bob’s Biker Blast celebrates the diversity within motorcycling and the positive impact bikers have on their community. In addition to proceeds generated by the event, Bob Parsons announced that The Bob & Renee Parsons Foundation would provide a grant to bring total support for Phoenix Children’s to $1 million. Including this year, Bob’s Biker Blast has contributed $3.2 million to the hospital since 2014.

“Nothing should stand in the way of a child getting the medical care they need,” said Bob Parsons. “It is critically important that we continue to support organizations like Phoenix Children’s Hospital and its work to ensure all children have access to quality care, regardless of their financial or medical situation.”

Thousands of bikers, motorcycle enthusiasts and music lovers gathered in Scottsdale for the event and rallied in support of the hospital. Highlights from the three-day festival included the “I Ride for PCH” kick-off ride – where nearly 500 riders participated in support of local kids and their families – and a headlining performance by Darius Rucker.

“Homeless youth often face serious illness, injury and depression. Most lack both the access and resources necessary to address these issues,” said businesswoman Renee Parsons. “Phoenix Children’s Hospital answers the call for help by providing programs like the Crews’n Healthmobile to bring healthcare directly to those most in need.”

The additional grant provided by The Bob & Renee Parsons Foundation will provide support over a five-year period for the hospital’s Homeless Youth Outreach program. Proceeds raised during Bob’s Biker Blast will benefit the Hope Fund at Phoenix Children’s. This special fund allows the hospital to meet the most pressing needs for technology, research and charitable care.

“It’s no surprise Bob Parsons is as passionate about giving back to the community as he is about business, golf and motorcycles,” said Steve Schnall, senior vice president and chief development officer at Phoenix Children’s Hospital Foundation. “This event helps the community connect to the Hospital’s mission, and we’re incredibly grateful for the visionary gift made by The Bob &Renee Parsons Foundation this year. We can’t thank them enough for helping the hospital sustain the kind of world-class care Arizona kids deserve.”