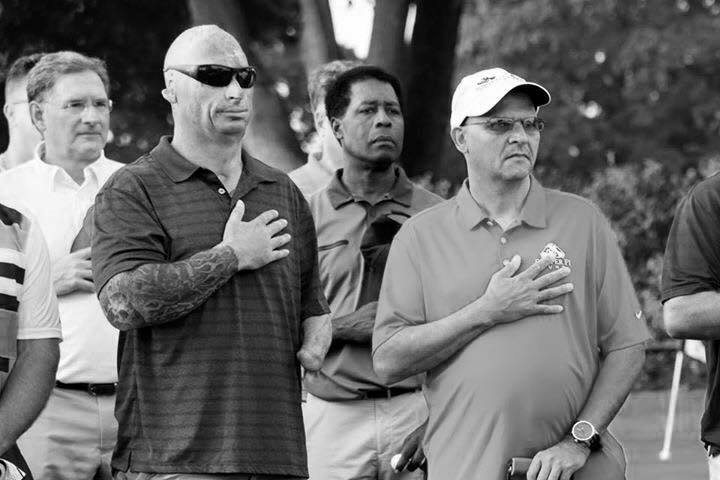 SCOTTSDALE, AZ (January 13, 2014) – Semper Fi Fund today announced the results of the 10 for 10 Challenge, one of the largest matching campaigns in the history of veteran non-profits. Thanks to The Bob & Renee Parsons Foundation, GoDaddy, and thousands of supporters who gave to the Semper Fi Fund this holiday season, the challenge raised an unprecedented $12 million – $2 million more than the original goal.

The 10 for 10 Challenge was launched on November 1, 2014, with a goal to raise $10 million for wounded, critically ill and injured service members from all branches of the U.S. Armed Forces. Donors, recognizing the significant opportunity to double the impact of their gifts, quickly rose to the occasion and Semper Fi Fund hit its target two weeks early.

Moved by the outpouring of support, Bob and Renee Parsons raised the stakes. The couple generously pledged an additional $1 million in matching funds – bringing their total commitment to the 10 for 10 Challenge to $6 million.

“It doesn’t matter whether someone is in the Army, Navy, Air Force, Coast Guard or Marine Corps, the men and women who serve our country are very special people and they deserve our support,” said businessman and philanthropist Bob Parsons. “Everything I have ever accomplished is because of my service in the Marine Corps – and as long as I’ve got a dime, they’ve got a nickel.” 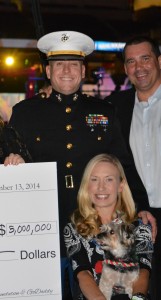 Over the past ten years, the Semper Fi Fund and its program America’s Fund have assisted over 13,000 veterans. The Fund provides immediate financial assistance and lifetime support to wounded, critically ill and injured service members, ensuring they have the resources needed during their recovery and transition back to civilian life.

The funds raised through the 10 for 10 Challenge will not only enable the organization to continue critical programs, it will also allow for the introduction of new efforts. The Semper Fi Fund looks to expand its programs associated with the diagnosis and treatment of post-traumatic stress disorder (PTSD) and suicide prevention.

“What incredible generosity, and what an amazing way to celebrate the holiday season in our 10th anniversary year,” said Semper Fi Fund Founder and CEO Karen Guenther. “We can’t thank Bob and Renee Parsons enough, and we can’t thank all of our donors enough. It’s incredible that we’ve met such a monumental goal considering just ten years ago we had an idea and $500! This is the best holiday gift I could ever imagine!”

About Semper Fi Fund and America’s Fund
Semper Fi Fund, and its program America’s Fund, are set up to provide immediate financial assistance and lifetime support for injured and critically ill members of the U.S. Armed Forces and their families, directing urgently needed resources to post 9/11 service members of the Army, Marine Corps, Navy, Air Force, Coast Guard, and Reserves. Semper Fi Fund has been working with wounded service members since 2004, offering assistance to lessen the burden for those who need it most. The Semper Fi Fund’s streamlined structure keeps overhead very low, 6%; they are also one of three veteran charities to receive an “A+” rating from The American Institute of Philanthropy, and a “Four Star” rating from Charity Navigator.   The Semper Fi Fund has given more than $9 million to over 13,000 service members and their families.

About GoDaddy Cares
GoDaddy believes that its responsibility as a corporate citizen is to make a difference in the communities in which it operates. As part of that philosophy GoDaddy contributes to non-profit organizations that focus on causes meaningful to our business, our customers, our employees and our community. To learn more about GoDaddy’s philanthropic efforts, visit www.GoDaddyCares.com.