The Semper Fi Fund and The Bob & Renee Parsons Foundation Raise More Than $20 Million In Annual “Double Down for Veterans” Campaign. 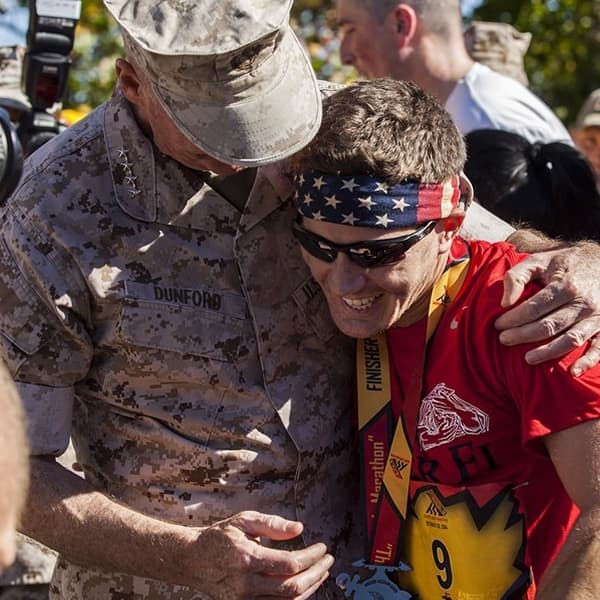 The Semper Fi Fund and America’s Fund (the Fund) officially announced its annual Double Down for Veterans campaign raised more than $20 million – including a $10 million matching contribution from The Bob & Renee Parsons Foundation. This achievement marks the eighth consecutive year the Foundation matched donations to the annual campaign, and, to date, Double Down for Veterans has raised more than $116 million.

“The brave men and women who serve in the United States Military, and their families, make incredible sacrifices for our country,” said businessman and Marine Corps Vietnam War Veteran Bob Parsons. “But sometimes, they need our help. That’s when Semper Fi Fund steps in.”

The Fund works to provide immediate financial assistance and lifetime support to combat-wounded, critically ill and catastrophically injured members of all branches of the U.S. Armed Forces and their families. Its programming falls under three main categories: Service Member and Family Support, Integrative Wellness and Transition. Services can include anything from financial aid and meeting adaptive housing needs to PTSD counseling and job training.

“One of the things that makes Semper Fi Fund so special is that it is managed by military spouses and veterans,” said businesswoman Renee Parsons. “Fund staff members have been in the trenches and deeply understand the physical, practical and emotional needs of those impacted by war. When a veteran or service member is facing their darkest hour, the Fund is there to answer the call.”

The Bob & Renee Parsons Foundation is a longtime supporter of the Fund and this year, PXG (Parsons Xtreme Golf) kicked off the campaign with a $50,000 donation. One of Parsons’ 16 companies, PXG leverages breakthrough technology and sophisticated manufacturing processes that integrate high-performance alloys to produce some of the finest golf clubs in the world.

“We are deeply grateful to Bob and Renee Parsons for their amazing partnership in our mission to support those who have preserved our freedom,” said Semper Fi Fund President, CEO, and Founder Karen Guenther. “The positive impact the annual Double Down for Veterans campaign has on our nation’s service members and their families is immeasurable.”

The Fund is one of only two veteran-serving nonprofits to receive an A+ from Charity Watch and was awarded the 2019 Platinum Seal of Transparency from Guide Star. It has also held a 4/4-star rating from Charity Navigator for the past nine years – something achieved by only three percent of rated charities. Additional information about the Semper Fi Fund can be found at the organization’s website: SemperFiFund.org.